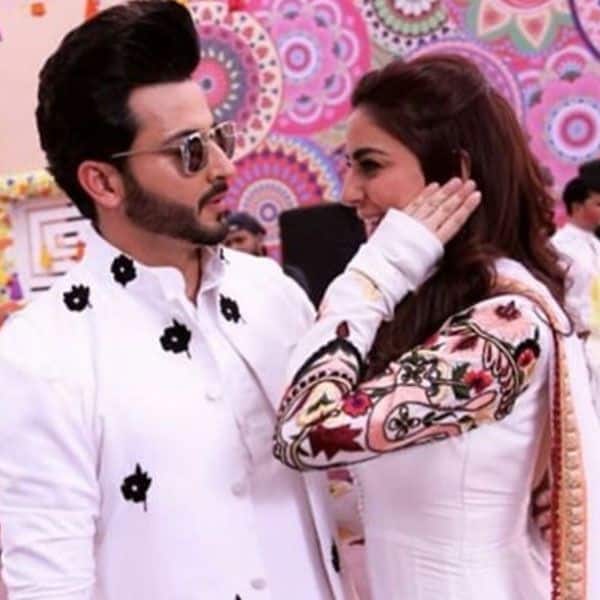 In the last episode Sarla manages to escape from Prithvi’s goon. She tries to find someone else to take her to the Luthra house. However, she finds another one of Prithvi’s men and gets kidnapped again. Prithvi and Sherlyn leave the party to meet Sarla. To stop her mother from telling the truth Sherlyn locks her mother in the toilet. Sarla manages to escape again, but while running away from the kidnappers she runs into Sherlyn and Prithvi. Tonight’s episode starts with Prithvi and Sherlyn happy as they succeed in catching Sarla. Prithvi asks Sherlyn not to waste time but Sherlyn gets angry as she wants to take revenge from Sarla for her insult in the temple.Prithvi gets tensed and covers his face with mask. Sherlyn tries to hit Sarla with a rod but Prithvi stops her. Sherlyn doubts on him but later agrees to listen to Sherlyn. Sherlyn determines to make Sarla suffer a lot while dieing. Meanwhile, Karan and Rishabh catch the look alike of Prithvi. They assume it is Prithvi but before they hit them, the lookalike escapes from there. Karan follows him. Karan tries to uncover the face of the lookalike but he manages to escape from there again.

On the other hand, Sherlyn gets angry with Sarla for ruining her plan of getting married. Sarla blames Prithvi as a coward person who tries to hide his face as she is not aware that it is Prithvi. Prithvi gets furious with Sarla and shouts out loud. Sherlyn makes Sarla get up. She challenges Sarla to run away from there within 5 minutes if she wants to live. Sarla still determines to stop Sherlyn from ruining Luthra house. She also threatens Sherlyn that Preeta and Shrishty will expose her after her. When Sherlyn intends to kill Preeta and Shrishty, Sarla throws Sherlyn away. Prithvi comes to her rescue but Sarla snatches his mask to see his face. Prithvi hides his face with his palm. Meanwhile, Karan and Rishabh open the door of the washroom where Sherlyn had locked her mother. Rishabh and Karan wonders about it. On the other hand, Sarla hits Sherlyn on her shoulder and follows Prithvi to see his face. Prithvi keep on running ahead. Sherlyn follows Sarla to stop her. While running, they all come on a bridge where Prithvi doesn’t find much place to esacpe. So he gets scared along with Sherlyn. Before Sarla sees Prithvi’s face, Sherlyn tries to keep Sarla away from Prithvi.

Because of the fighting, Sarla slips down from the bridge. Prithvi holds her with one hand. But Sherlyn throws Sarla down in the water. Sarla tries to come up but she cannot. Prithvi gets scared but Sherlyn is happy for it. Meanwhile, Preeta gets tensed as she gets some bad intuitions about her mother. She finds a Rudraksh which Sarla had given to her to make her calm during tensed moments. Preeta  tries calling Sarla but she doesn’t pick up the call. She also tries calling on landline where she learns that Sarla is not at home. On the other hand, Karan and Rishabh are angry with Prithvi but Rishabh asks Karan to contain the anger till they find Prithvi. They decide to enjoy the party and not let Prithvi fulfil his intentions. By that time Preeta arrives there. She shares her tension as she gets bad intuitions about her mother. Shabh tells her that Sarla is in the party and wanted to share something with them. Preeta immediately goes to see Sarla. Meanwhile, Prithvi and Sherlyn are happy as they kill their enemy Sarla. Will Sarla be alive? Stay hooked to know more

50 Tips and Insights About Productivity, Happiness, and Life

Anu Aggarwal On Facing Casting Couch: A Director Came To My...

Ranveer Singh To Have A Cameo In Alia Bhatt’s Gangubai Kathiawadi?