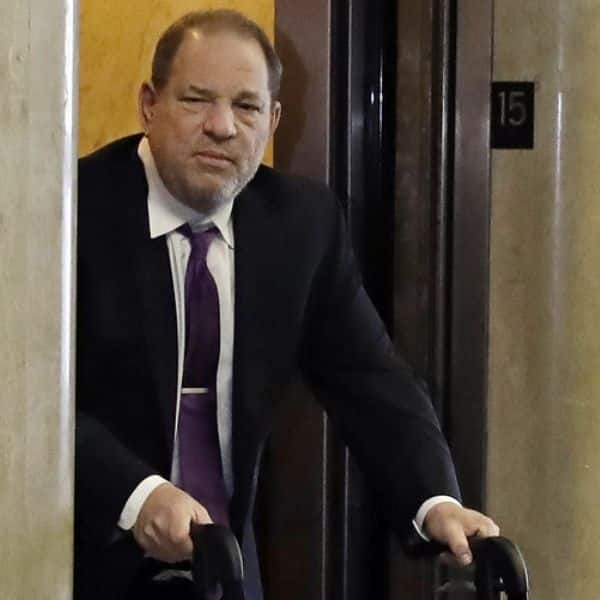 A woman who claims that Harvey Weinstein had raped her, told a Manhattan jury on Tuesday that her relationship with the Hollywood producer was complicated, but added that did not change the fact he had raped her. Jessica Mann’s testimony in Weinstein’s rape trial came as the defense pressed her about her continued contact with Weinstein after he allegedly raped her in March 2013.

A day after having a panic attack on the witness stand, Jessica Mann returned to court and faced questions from defense attorneys as they dug into her years of communication with Weinstein. They also played a recording she made of herself telling a psychic in April 2014 that Weinstein “had tried to cross boundaries in my life but I don’t allow him to.”

Weinstein’s lawyers contend that evidence points to a consensual relationship and shows that the 34-year-old former actress was a manipulator who grin-and-bared her way through sexual encounters with Weinstein because she enjoyed the perks of knowing him.

Mann has testified that Weinstein, the powerful former movie producer, forced her to do sex acts and raped her twice over the course of what she described as an abusive relationship. His attorneys have suggested in court that Mann had been manipulating him.

I know the history of my relationship with him,” she said as the lawyer pressed her about the timing of the events she alleged. “I know it was complicated and difficult. That doesn’t change the fact that he raped me.”

Asked by Weinstein lawyer Donna Rotunno how many times they had consensual sex, the woman responded: “I only remember intercourse the times that he raped me.”

The 67-year-old former producer has pleaded not guilty to raping Mann, 34, and to sexually assaulting another woman, Mimi Haleyi. The trial is widely seen as a milestone in the #MeToo movement, in which women have accused powerful men in business, entertainment, media, and politics of sexual misconduct. Since 2017, more than 80 women have accused Weinstein of sexual misconduct.

Weinstein has denied the allegations and has said any sexual encounters were consensual.

Mann had testified on Friday that Weinstein raped her in a Manhattan hotel room, early in what she described as an extremely degrading relationship. She said the relationship continued in some form for years after that. Mann’s testimony on Monday was cut short after she began weeping uncontrollably as she read aloud an email she wrote in 2014 describing Weinstein as a pseudo father.

On Tuesday, Rotunno focused on Mann’s email correspondence with him following the alleged attack. In one email in 2013, Mann told Weinstein she had just been through a breakup and was hoping to have dinner with him. In another email, sent in 2014, Mann asked Weinstein for a referral so she could get a membership at the Soho House, an exclusive club.

Rotunno asked whether Mann wanted the jury to believe that her rapist was the person she reached out to for the referral.

“I do want the jury to know that he is my rapist,” Mann said, adding that she hoped to be able to explain her dynamic with him. Stay tuned to this space for more updates on the Harvey Weinstein trial.

Karan Johar On Sushant Singh Rajput: I Blame Myself For Not...

On Birthday, Sonu Sood Announces 3 Lakh Jobs On His Pravasi...

Mira Rajput Kapoor Shares A Throwback Photo From The Day Before...

Vaani Kapoor To Share The Screen Space With Akshay Kumar In...