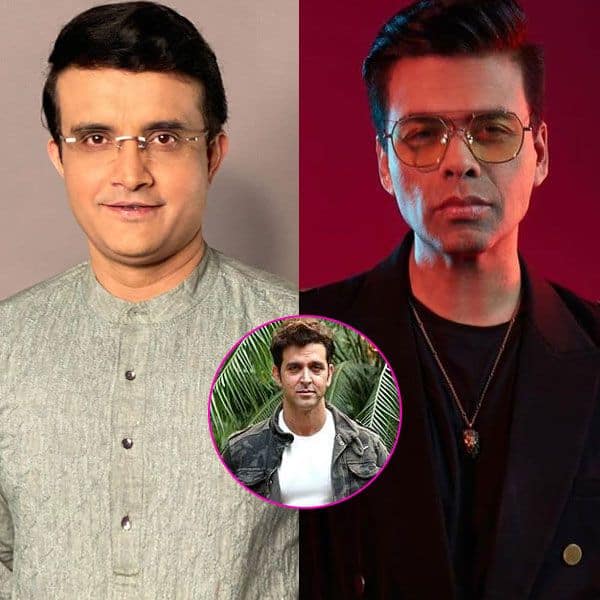 Karan Johar is all set with his new project and this time its a biopic. Yes, Karan Johar is reportedly making a film on the Indian Cricket team’s former captain Sourav Ganguly. A lot of biopics have been made on a sportsperson. Be it Mary Kom, Azhar, Bhaag Milkha Bhaag, Sachin A Billion Dreams or M.S. Dhoni: The Untold Story, all these have done really well on the Box Office. Sourav Ganguly’s biopic was one of the most awaited one and seems it is finally happening. Apparently, Sourav Ganguly will be collaborating with Karan Johar for his biopic. In the past, Sourav Ganguly had revealed that he would like to see Hrithik Roshan playing his character in the film if it is ever been done. Now that the film might happen, Hrithik Roshan may be cast as the lead in the film.

A report in Mirror also states that there have been a couple of meetings held between Sourav Ganguly and Karan Johar for the same. Rumours also have that Karan’s team is currently looking out for the lead actor. Earlier Ekta Kapoor was about to make a biopic on Sourav Ganguly. The former captain had spoken about in an interview with an entertainment portal saying,”Is it, Ekta Kapoor? Then yes, she approached me and we talked about it once. Nothing went further than that. I have never thought of a biopic [on me] though there are a host of sports biopics being made. If there is time, then someone will make one on me. Hope people would be interested in seeing the film.”

Well, if this is true, we are really excited to see a biopic on Sourav Ganguly.

Aftab Shivdasani Takes His Baby Girl For A Stroll, Pens A...

Master Of All! Shibani Dandekar Is All Praises For Beau Farhan...

Siddhant Chaturvedi: Glad That I Am Getting To Live My Dream

We Found the Sexiest Lingerie on the Internet

Coming soon with a new Movie, Kashi in Search of Ganga...