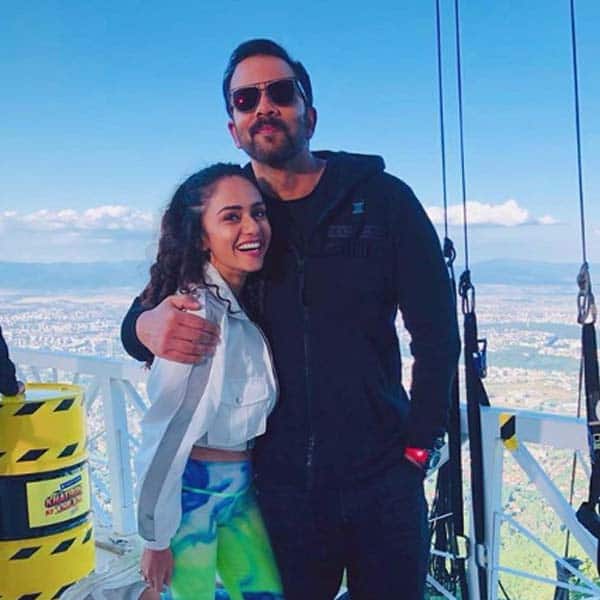 Bigg Boss 13 has ended and now its time for Khatron Ke Khiladi 10. This year RJ Malishka, Rani Chatterjee, Karan Patel, Karishma Tanna, Adaa Khan, Shivin Narang, Dharmesh Yelande, Balraj Syal, Tejasswi Prakash, and Amruta Khanvilkar are the participants who face their fears this season. The contestants have shot in Bulgaria with the host Rohit Shetty. Raazi actress Amruta Khanvilkar is also a part of the show and is one of the strongest contestants. Amruta, in an interview with SpotBoye, revealed some details about her journey, co-contestants, stunts and more. She shared her experience about the show and said, “I think any actor who’s offered a show like Khatron Ke Khiladi, should definitely do it because it’s a once-in-a-lifetime experience. You can’t experience this sort of thrill and adrenaline rush even by paying money. The action that you see in films is choreographed to a large extent. But, in Khatron Ke Khiladi, every stunt is like a shock. As contestants, we were asked about our fears. As this was my first stint in a daredevil show, I was unaware of my inner phobias. It’s only through the show that I discovered my fear of fire.”

Amruta spoke about her new friends on the show. She said, “I think this year all the contestants were very thick as friends. In fact, some people told us that kuch bhi jhagda nahi kiya tum logon ne. And it was just that. Also, the thing is that you’re not there as an actor or as a performer. Your human instincts are put to test and your physical fitness too. And when it’s that sheer instinct, everybody comes together as friends and as human beings. Me and Karishma Tanna became close friends. I would say it was amazing to see what the girls did this time.” Amruta Khanvilkar also revealed she wants to do Bigg Boss. She said, “My husband doesn’t allow me to do that show. Himanshu is a very different person. He is sorted. He doesn’t like arguments at home itself so on TV is a big no-no. This year’s season has been absolutely fantastic. So I used to watch the show in his absence and immediately switch the channel when he used to arrive.”

A first glimpse at Java 9: Early access release of JDK9...

7 unique egg decorating ideas for you to try this Easter

The Ideal Length of Everything Online, Backed by Research

Neena Gupta Says Her Dad Was Backbone While She Raised Masaba