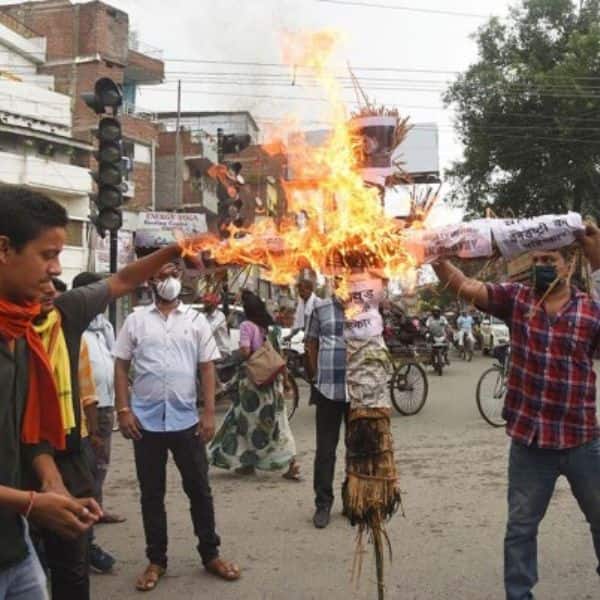 Sushant Singh Rajput passed away on Sunday. He was 34. Today, there were protests in Patna in which people burnt effigies of Salman Khan and Karan Johar. It is believed that BJP Yuva Morcha’s Manish Kumar Singh led the protests. According to reports, they asked for a boycott of Salman Khan, Karan Johar, Alia Bhatt for promoting nepotism. They even termed Sushant’s death a murder.

In a video she posted yesterday, Kangana Ranaut also hinted at Sushant’s death being a murder. “Was (Sushant’s death) a suicide or a planned murder? Sushant’s only fault is that he believed them when they called him ‘worthless’. He didn’t remember what his mother told him. It is up to us now to decide who will write the history.”

It is important to give talent their due. And if celebrities are struggling with personal and mental health issues, the media should try and emphasize with them, rather than making it difficult for them!

She also said, “How can a person who’d scored a scholarship to Stanford University be mentally weak? Why wasn’t his debut performance in Kai Po Che acknowledged? Why did a terrible film like Gully Boy win all the awards when a spectacular movie like Chhichhore was ignored?”Kangana captioned the video, “PSA It is important to give talent their due. And if celebrities are struggling with personal and mental health issues, the media should try and emphasize with them, rather than making it difficult for them!”

In an interview to Times of India, Saif Ali Khan minced no words as he called out the hypocrisy of industry people. He said, “There are so many people who’ve made comments so quickly. And it just seems to me that people are somewhere gaining some mileage from this poor fellow’s tragedy, you know, whether it’s to show compassion or to show interest or to show some political stance. So many people are talking rubbish in this nonstop kind of barrage on social media and it’s just embarrassing, really, I think.”

Maanayata Dutt On How Sanjay Dutt Reacted On His Birthday: ‘Sanju...

Janhvi Kapoor: I Come From A Slightly More Privileged Background, Have...