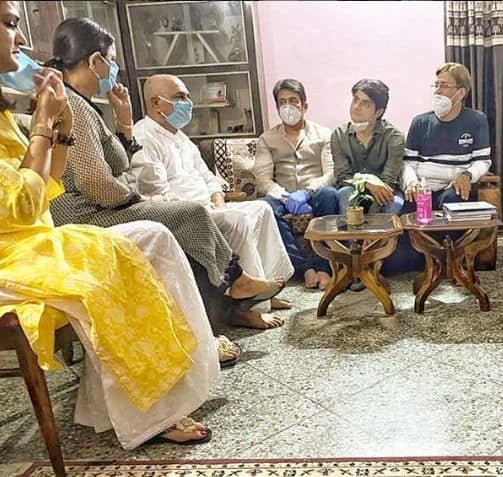 Sushant Singh Rajput’s demise on June 14 has left his fans bereaved, angry and in shock. There is a huge demand for a CBI Enquiry into the matter and the voices are growing louder. Shekhar Suman has been at the forefront of demanding a high-level probe into the matter. He visited the actor’s Patna residence and extended his condolences to Sushant’s father, KK Singh. He was accompanied by producer Sandip Ssingh who is a close friend of the late actor. After that, Shekhar Suman also went to the Rashtriya Janata Dal (RJD) office where he along with former Deputy CM of Bihar, Tejashwi Yadav raised questions on the investigation. Later, he announced that he is joining the RJD and will contest from Patna.

This has upset the actor’s family who felt it was too gimmicky and insensitive. In a report in Zee News, the late actor’s family maintains, “Everything is under investigation in Mumbai and giving media byte in Patna under the political banner is just for political mileage. Family is capable enough to demand all this and keep doing and waiting for police investigation report hence any kind of politics and political intervention not needed. There are already political people in the family who will take this up.”

Late Sushant Singh Rajput hailed from Patna. He started his career as a background dancer and later moved on to TV. Fans loved him as Preet in Kis Desh Main Hai Mera Dil and Manav in Pavitra Rishta. He made an equally successful transition in films. In fact, his legacy in Bollywood is quite remarkable. Neeraj Kumar Singh (Babloo) his cousin is a BJP MLA and has said that he’ll press for CBI enquiry if needed.

Gulshan Grover: I Used To Stand Outside People’s Offices For Hours...

Parineeti Chopra: The Girl On The Train Made Me Realize Who...