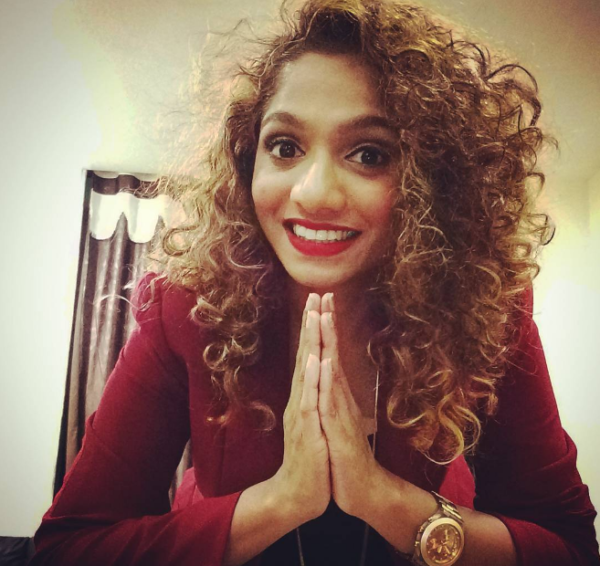 Jamie Lever seems to have inherited all the traits and qualities of her father, the legendary Johny Lever. She has the comic timing, knows how to make a joke land, and is a fantastic mimic. In an interview with Supriya Nair of mid-day.com, she spoke about spending time in the lockdown and also gave her take on nepotism, a much-talked-about debate.

The first question on the lockdown and how it has been for her, she was quick to answer, “It’s been good overall, we’re safe, we’re indoors. Yes, the shootings have got cancelled, the shows have got cancelled, and we don’t have work but we all have had a nice time with family. We have also got a lot of time to think about ourselves, what we are doing, how we are working, where we can improve ourselves. So we really had good quality time to ourselves.”

She added, “Because in Mumbai, life is so fast that you don’t get any time to stop, breathe, and take it all in. We also got to know each other, what bothers us so much, what annoys the other person, so we got to know about all these things.” Johnny Lever is one of the most successful and impressionable comedic actors of Hindi Cinema, how did that influence Jamie?

She then went on to talk about her mother and how she wanted Jamie to be a doctor. “My mother came from a very humble family in Andhra, she was like ‘My daughter will be a doctor, my son will be an engineer,’ and this was the atmosphere she created at home. But in my sub-consciousness, I was always inspired by Mr Bean and Michael Jackson being a stage performer, I was in awe. And for the longest time, I didn’t know what my dad was doing. It was only later when we saw his movies in the theatres and I realised this was his job.”

She continued, “It was only later I realised how big an artist he is. When I went to college, that was the time I realised he’s the king of comedy.” The actress also revealed she had body-weight issues and how she overcame and became what she is today. “I was overweight at that time. I was 80 kilos or more, I don’t know because I never checked the weighing machine. I was extremely overweight, obese for my height and I was eating unhealthy food. And because I was in London by myself, I was stuffing my face with cake in the morning and muffins in the evening.”

She added, “My mother wasn’t there to check on me. When I came back to India and decided to have a career in comedy, my mother asked me if I wanted to be healthy or be in the category of ‘overweight.’ She also said there would be jokes about me. You might even have to make jokes about yourself. Anyone from the audience making a joke on my weight would have shattered me. So I decided to be healthy, I started eating right. I became more confident.”

There have been a lot of debates and discussions on social media about the insiders vs the outsiders in the Hindi film industry and the existence of Nepotism. What is her take on that? She answers, “I can talk about my journey, being a film child, a star-kid, although I don’t like saying that, I think when people talk about Nepotism, it doesn’t apply to all the star kids. Not all-star kids are given the privilege. I’ve had a very different journey. There’s favouritism, there’s no nepotism, there’s favouritism to a certain lot.”

She continued, “There’s favouritism to a friend’s child, there’s favouritism to a certain group of people you know. My dad has done his job as his job, he didn’t make it his life. He went to work, shot for his films and came back home, that was his real life. His lived his real life which was his family, his friends, his spirituality. We were never a part of any filmy parties, we never went, we were never a part of any group. My dad was never filmy, my mother, as I said, came from a very humble background.”

She also stated, “When I decided to come into this field, my dad never made any phone calls for me, he never said ‘My daughter is coming, please launch her.’ I had to pick up the phone, I had to make calls, I had to go to comedy clubs and ask for auditions. I have called casting directors and said ‘Hello, my name is Jamie and I’m Johnny Lever’s daughter, can I come and audition for you.’ I have mentioned his name, can’t run away from it. When I called him from London to tell him about my plans, he asked me ‘Have you thought anything, how are you going to do it?’

She also said, “He wanted me to figure this out myself because he also figured it out himself. I got my first film in 2015 with Kis Kisko Pyaar Karoon and then I did tv shows and people used to ask me why I was not doing films, I said because I don’t get offered. And then I did Houseful 4. So I got work because of my work. We were never a part of any group. I’m very proud of my journey.”

Sushant Was Known To Be Curious, Fun-Loving: Manoj Bajpayee

Trending Entertainment News Today – Hina Khan might team up with...

Is Jacqueline Fernandez’s Post About ‘Protecting Her Peace’ For Kangana Ranaut?

Aashram teaser: Bobby Deol hits it out of the park in...