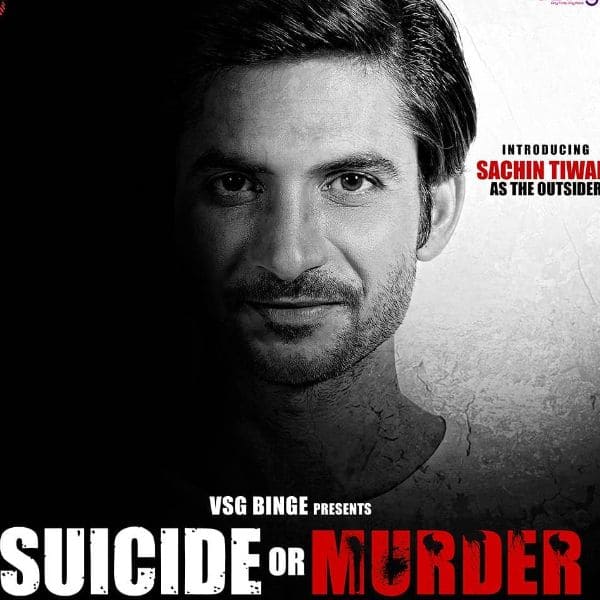 Sushant Singh Rajput’s sudden demise has left us all in shock. It was earlier reported that a filmmaker has already thought of a film on the late actor’s life titled Suicide or Murder: A Star Was Lost. The film is made by director Shamik Maulik and is based on how actors with no film background are treated by the industry when they try to make their career in the movie world. Now, Tiktok star Sachin Tiwari who had become a rage on social media for his uncanny resemblance to Sushant Singh Rajput will play the lead role in Vijay Shekhar Gupta’s production venture Suicide or Murder: A star was lost. Vijay Shekhar Gupta revealed that the film will go on floors in mid-September, and it will be shot in Mumbai and Punjab. He also said that the film might release in Christmas this year. The makers released the first look of the film on Monday. The film is not a biopic but a story inspired by Sushant’s life.

In an interview with the Indian Express, Vijay Shekhar Gupta said, “Sushant Singh Rajput’s death by suicide came as a shock to all of us, but it is not new. Many actors who come to the industry to accomplish their dreams of making it big here, end up not getting work. Many take this route, and some keep struggling all their lives. So, we wanted to tell a story of how actors from small towns, who don’t have godfathers in Bollywood, struggle. We will be revealing other characters one by one. I can assure you that this film will definitely unmask the real face of the insiders of Bollywood.”

Vivek Anand Oberoi To Be Portray A Never Seen Before Character...

Akshay Kumar to reunite with Ekta Kapoor after seven years for...

Amit Sadh: I Didn’t Leave Television For Films, They Banned Me

Here’s when Akshay Kumar will resume the shoot of his two...

Ameesha Patel Has A ‘Hot’ Wish

Here’s Why Disha Patani Is Called A Versatile Actor