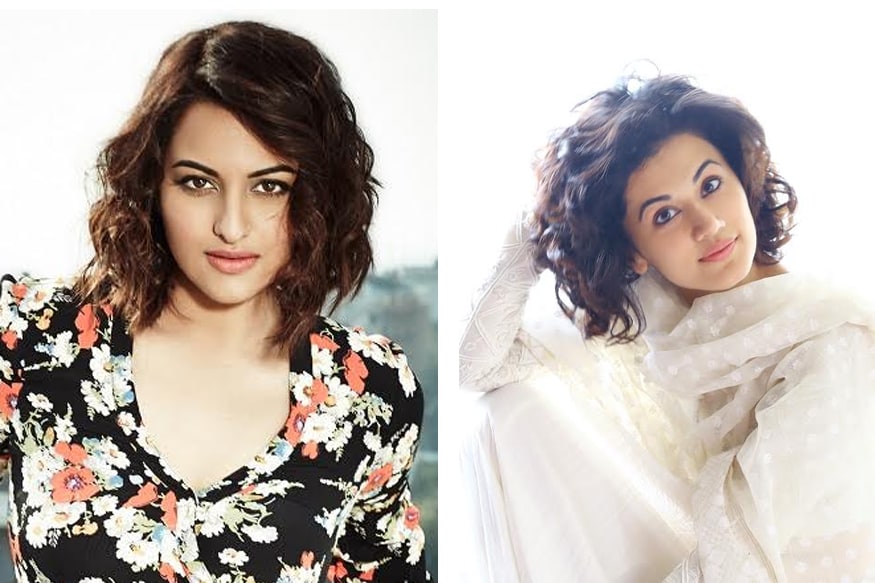 Recently in an interview, Kangana Ranaut mentioned Taapsee Pannu’s name and called her a B-Grade actress. Pannu, while interacting with Hindustan Times, responded but with composure and not cacophony. She stated, “I refuse to be bitter. I refuse to take advantage of someone’s death for personal vendetta and I refuse to make mockery out of the industry that gave me bread and identity.”

Seeing her response, Sonakshi Sinha took to her Instagram story and lauded her for her response and gave more power to her. Have a look at what she had to say:

Writer Kanika Dhillon also took to her Twitter account to praise the actress. She pointed out how Pannu is the most successful actor of last year in terms of box-office collections. Have a look at her tweet right here:

To this tweet, she replied- “I guess that’s what qualified me for B grade :)” (sic)

Kubbra Sait shared a GIF of WWE fans holding the placards with YES written on them.

Swara Bhasker, who was also called a B-grade actress by Ranaut, tweeted- “Very well said @taapsee .. On point as always ! Taapsee Pannu hits back at Kangana Ranaut’s accusations: I refuse to be bitter and take advantage of someone’s death for personal vendetta.” (sic)

Vir Das stated- “There are no B grade artists.” Have a look at his complete tweet here:

And Richa Chadha wrote- “Thanks Taapsee for highlighting the need of the hour is solidarity and sanity. When shoots have come to a standstill,cast, crew have no jobs, we must create a positive work culture! Let’s desist from anything counter-productive that’ll increase toxicity in our industry.” (sic)

Pannu now has four films coming up that are Loop Lapeta, Haseen Dillruba, the Mithali Raj biopic, and Rashmi Rocket.

Man From Odisha Names His Shop After Sonu Sood To Pay...

Sanjay Dutt Shares A Heart-Warming Photo Of A Moment With His...

Ayesha Shroff Is All Praise And Impressed By Her Childhood Friend’s...

‘Chak De! India Became A Bridge Between The World Of Women...