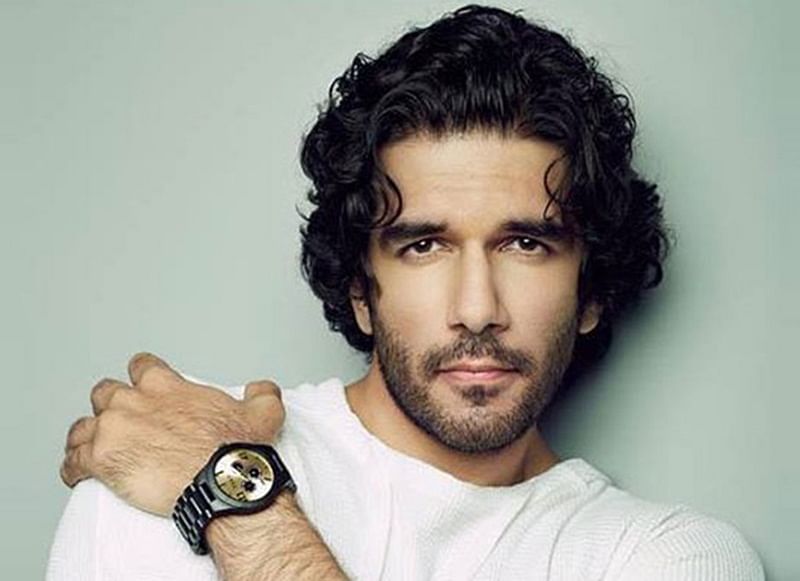 The latest to join the cast of Iti – Can You Solve Your Own Murder is Taher Shabbir. He has been roped in to play the character of Pratyush Parashar in the whodunit mystery thriller. Iti is presented by Mandiraa Entertainment and Oberoi Mega Entertainment.

Taher who has been part of films such as Guilty and Naam Shabana, among others, in the past believes that Iti is going to be a game changer for him. Talking about how he always wanted to be a part of a romantic thriller, he says, “What excited me the most about Iti is that it’s a romantic thriller. I always wanted to be a part of one. Actors aren’t offered romantic films very often in today’s times. Hence, I was very excited when Prerna V Arora approached me for the film.”

Ask him about his character in the film and he says, “My character is that of a stockbroker. He’s romantically involved with the female lead of the film. It’s a really exciting part. I had no idea how stock exchanges work but I’ve already started to trade in shares. I’m really working hard. I hope I become a pro before filming begins (laughs).”

Earlier, the makers of Iti had announced that Vivek Anand Oberoi and Rajeev Sen will play pivotal parts in the film. Taher says that he’s looking forward to collaborating with the rest of the cast and the crew of Iti. “According to me, the most fundamental aspect of a film is its cast and crew. You may have a good story and a great film going but if the cast and the crew aren’t up to the mark, a film won’t turn around well. I’ve been an AD, a director, a producer and a writer and so, I believe that having a talented team is very important,” he shares.

Iti is produced by Vivek Anand Oberoi, Girish Johar, Kussum Arora, Reshabh D Saraf, Keyur Pandya and Sanjeet S Yermal. The film is written and directed by Vishal Mishra and is creatively backed by Prerna V Arora. Rajesh Roshan will be composing music for it. Excited to start shooting with a stellar team, Taher adds, “The fact that Iti is spearheaded by Vivek ji and Prerna is phenomenal. Vivek Anand Oberoi was part of my first film, Kurbaan where I played a terrorist. We really got along back then. As for Prerna, I had met her when I was cast in Naam Shabana. We admire each other’s work. Vishal bhai and I met for the first time when he narrated this beautiful film to me. With a fantastic direction, art, production and cinematography team aboard, I’m sure we’ll make a good film.”

The young actor says that he’s inspired by global stars who have been trendsetters in their own ways. He shares, “My favourite actor is Dilip Kumar. I also love Mr (Amitabh) Bachchan, Shah Rukh Khan and Salman (Khan) sir. I have never met a more giving actor than Shah Rukh Khan. But the actors I look up to the most are Daniel Day-Lewis and Charlie Chaplin. Charlie Chaplin is the God of cinema. And Daniel Day-Lewis effortlessly transforms himself to any character given to him. Unke pairon ki chhoti ungli ka chhota nakhoon bhi ban jau toh theek hai (laughs).”

While Iti is expected to go on floors this year and release early next year, Taher, without divulging details about his upcoming projects, says that he’s happy to have a busy schedule ahead. “This is the second life that I’m living. Many years ago, I had a very bad accident where I ran into a truck. Since then, I’ve decided to live in the moment. I’ve said no to so many things in my life but I’m going to make sure that work keeps me busy now. I love the minds of the people at Mandiraa Entertainment and I hope to do more work with them,” he signs off.

Abhishek Banerjee: Being An Outsider Is A Drawback But Also A...

Nawazuddin Siddiqui Opens Up On His Depression Days: I Felt As...

When Abhishek Bachchan Lost Films For Refusing To Do Intimate Scenes

Shraddha Kapoor Crosses A Huge Milestone As She Crosses 50 Million...

Ankita Lokhande On Sushant Singh Rajput’s Death: He Was Not A...

Sushant Singh Rajput demise: ‘Probably it was something more than a...

Anushka, Kareena, Karisma And Others Wish Neetu Kapoor On Her 62nd...